Pre-Save on Spotify / Pre-Sales on Apple Music NOW at : https://distrokid.com/hyperfollow/forgehounds/not-the-one

Musically Not The One is a short snappy sharp riff driven tune which shows Forge Hounds can also write the perfect pop rock single. Think Cheap Trick meets ZZ Top with a hint of Ramones and you’re getting close. If Damned If You Don’t was their debut musical statement Not The One sees the band move things in a tighter radio friendly direction.

Not The One is a slight disagreement set to song. Two guys claim neither of them upset a particular woman dear to both of them. She might have been their lover, mother, sister – whoever.  Now she is gone and the boys are left to make their case for which of them caused her the most upset – without either of them accepting responsibility. Either way she is gone and they are left shouting to the wind about who didn’t do what.

It was recorded and engineered by Brendan Carthy of Orchard Studios, Enniscorthy, Mixed and Mastered by Frankie McClay, of Einstein Studios, Antrim, with the supporting video shot at Electric Avenue in Waterford by Colin Shanahan, of Digicol Photography and Media Productions.

"Forge Hounds. It does what it says on the tin- no nonsense, hard rocking good times !!!!"

"Classic Rock with a Ton of Roll"

Hailing from Waterford, Ireland, Forge Hounds is a new and exciting hard rock project that draws on influences from the likes of ZZ Top, Bad Company, Deep Purple, Thin Lizzy and Hanoi Rocks to deliver a BIG sound driven by lean and mean guitar riffs, compelling dual vocals and a pumping rhythm section.

Forge Hounds have been combining their creative musical resources over the last number of months and released their first "slice of phonic magic" in the shape of "DAMNED IF YOU DON'T" on December 2nd, 2022.

Since its release, it has been received positively by the international rock community, gaining great reviews and airplay in Ireland, U.S.A, Canada, Australia, UK, New Zealand, Norway, Croatia, Italy, Brazil, and Finland to name a few. In fact, “Damned If You Don’t” has also gained Top 10 positions in the Independent Music Charts of these territories, and at the time of writing, is at Number 5 in the Underground Music Charts Top 200, in the United States.

Buy from iTunes Store
Stream and/or Buy from Amazon Music
Stream on Spotify
"Forge Hounds are exactly what Waterford, Ireland and beyond, need right now. They bring a familiar, yet new sound from the classic rock genre to the stages and venues (not to mention record stores) of Ireland. In 'No Quarter', Led Zeppelin said 'The dogs of doom are howling more...', ...........just wait until you hear these Forge Hounds howl !!!!" 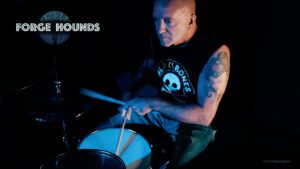 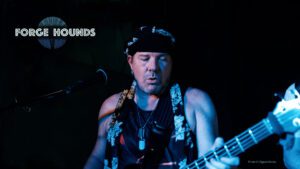 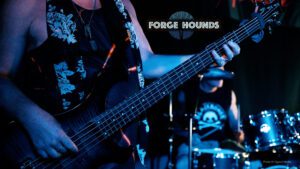 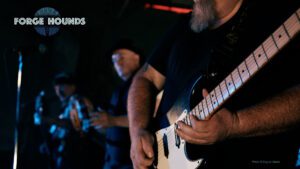 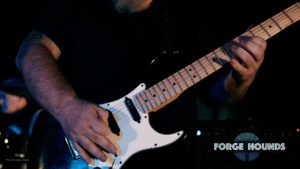 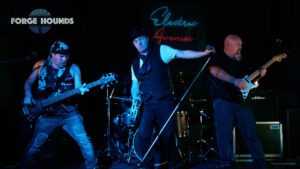 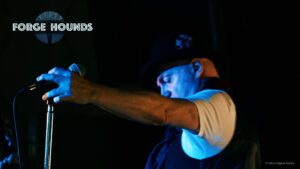 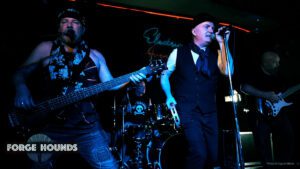 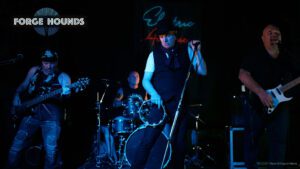 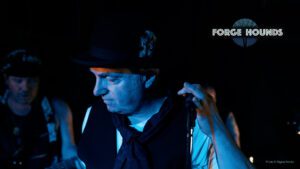 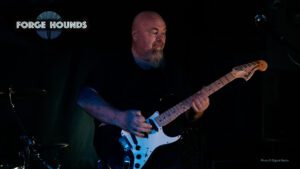 Forge Hounds, at Number 12 and a New Entry at 261 in the “Bandwagon Network Radio” WORLDWIDE Charts

Delighted to see that our upcoming single “Not The One”, due out on February 10th,…

Delighted to see.. our debut release “Damned If You Don’t” moving up to Number 5…

Delighted to see.. our debut release “Damned If You Don’t” holding at Number 8 in…

Send us a Message

We Would Love to Hear From You !!!